3 Reasons Why You Should Have Your Air Ducts Cleaned 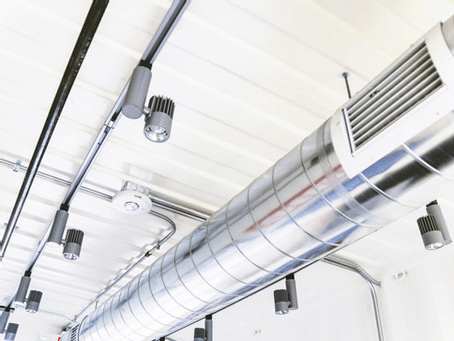 The heating and air conditioning system is an important part of your home. Without it, the temperature in your home would be extremely difficult to manage. But, there is an important part of your home’s HVAC system that many people overlook-the air ducts. The air ducts are generally installed under the floors, behind the walls or in the attic, which means they are usually hidden, so you don’t really think about them until it’s necessary. One of the most important things you can do for your home and the indoor air quality is to have the air ducts cleaned. Here are a few reasons why you should have your air ducts cleaned.

Increases Life of the HVAC System

If you have smelled a bad odor, but you can’t seem to find the source of the odor, it’s probably coming from the air ducts. When the air ducts are dirty, it causes foul odors to spread throughout your home. Pet dander and fur can get trapped in the air ducts causing odors, so for pet owners it’s especially important that you replace your HVAC system’s air filter once a month and scheduling annual air duct cleaning to help to eliminate bad odors seeping throughout your home.

If someone in your home has suddenly developed respiratory allergies, it may be due to your home’s indoor air quality. Respiratory allergies and the quality of the air you breathe have a direct relationship with each other. When you are breathing in air that has contaminants, such as mold spores, dust and pollen, it can cause sneezing, runny nose, coughing and watery eyes; all of which are symptoms of allergies. An annual air duct cleaning means these contaminants will be removed from the air ducts allowing fresh, clean air to move through your home and relieving the symptoms of respiratory allergies.

If it’s been several years since you’ve had the air ducts cleaned or you recently moved into an existing home, it’s best to have an air duct cleaning professional come to your home to inspect the air ducts.